Exhibition at the Naval Museum in Madrid: “We were the first, Magallanes, Elcano and the round the world tour” 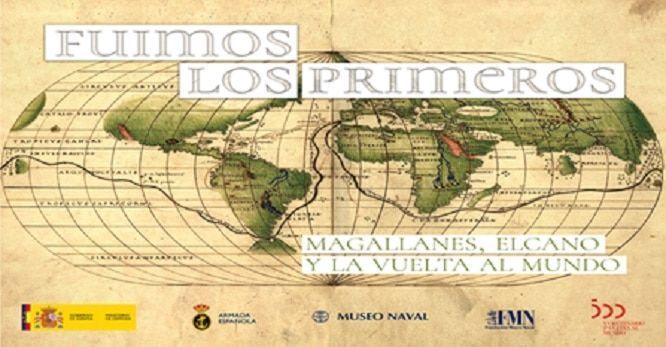 The intention of the exhibition “We were the first ones, Magallanes, Elcano and the round the world tour” is to spread this Spanish feat and to deepen in the knowledge of the figure of Juan Sebastián de Elcano and Magallanes. 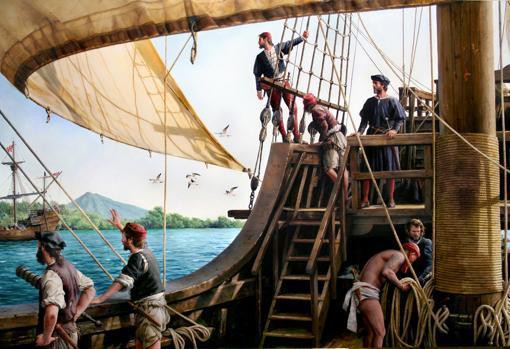 We were the first ones, Magallanes, Elcano and the round the world tour

The exhibition is made up of almost a hundred pieces, some of them loaned by a total of 21 national and international institutions.

These spaces are preceded by a panoramic projection inside a Geodesic Dome provided by Geodomes Immersive Experiences, in which a narrator will refer to some of the exploits undertaken by the expeditionaries.

The exhibition is part of the events programmed for the celebration of the V Centenary of the First Round the World Expedition.

Through the modules in which the exhibition is articulated, the transcendence of this expedition culminated by the Crown of Spain is highlighted, with its consequent international repercussions, in the short and long term, of a naval, scientific, geographical, astronomical, diplomatic, economic type….

It also highlights the value of the figure of the sailor Juan Sebastián Elcano who, upon reaching the islands of spices, fulfilled the mission entrusted by Charles I to Magellan, after his death, and achieved, as a collateral effect of that success, another even greater: circumnavigate the planet for the first time, demonstrating empirically the sphericity of it.

With the idea of circumnavigating the world, in 1519 five ships with a crew of 237 men left the port of Seville in search of new ways to reach the Spice Islands, valuable materials at the time as they allowed seasoning and preserving food. The Portuguese Fernando de Magallanes was in charge of the fleet.

During the voyage they had to face storms, cold, hunger, illnesses, riots, desertions… Most of the crew members perished during the voyage. After three years of uninterrupted voyage, a ship docked in the port of Seville with 18 men under the command of the Spaniard Juan Sebastián Elcano, the first to circle the globe.

Thus, the heroism of the Spanish sailors was deepened, while at the same time the greatness of the naval feat was enhanced and the Spanish contribution to navigation and maritime exploration was popularised. 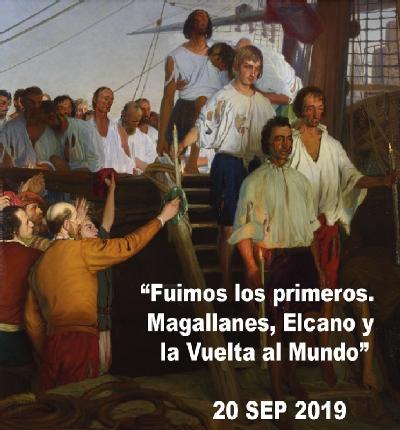 One of the key pieces of the exhibition “We were the first ones, Magallanes, Elcano and the round the world tour tour”, is a geodesic dome 11m in diameter that will serve as an immersive environment for the projection of audiovisual content created for the occasion.

In its interior, the public will be able to enjoy in first person the recreation of the most important trip that it has made in human being, only comparable with the trip to the Moon, but with a substantial difference that is the historical epoch in which it was carried out, with some technical and human means that turned this adventure into all a feat for the epoch.

Installed inside the Naval Museum of the Madrid Navy, this installation becomes one of the most peculiar and fragile of all the assemblies we have made, having to install this dome without machinery and surrounded by pieces of incalculable value from hundreds of years of history. 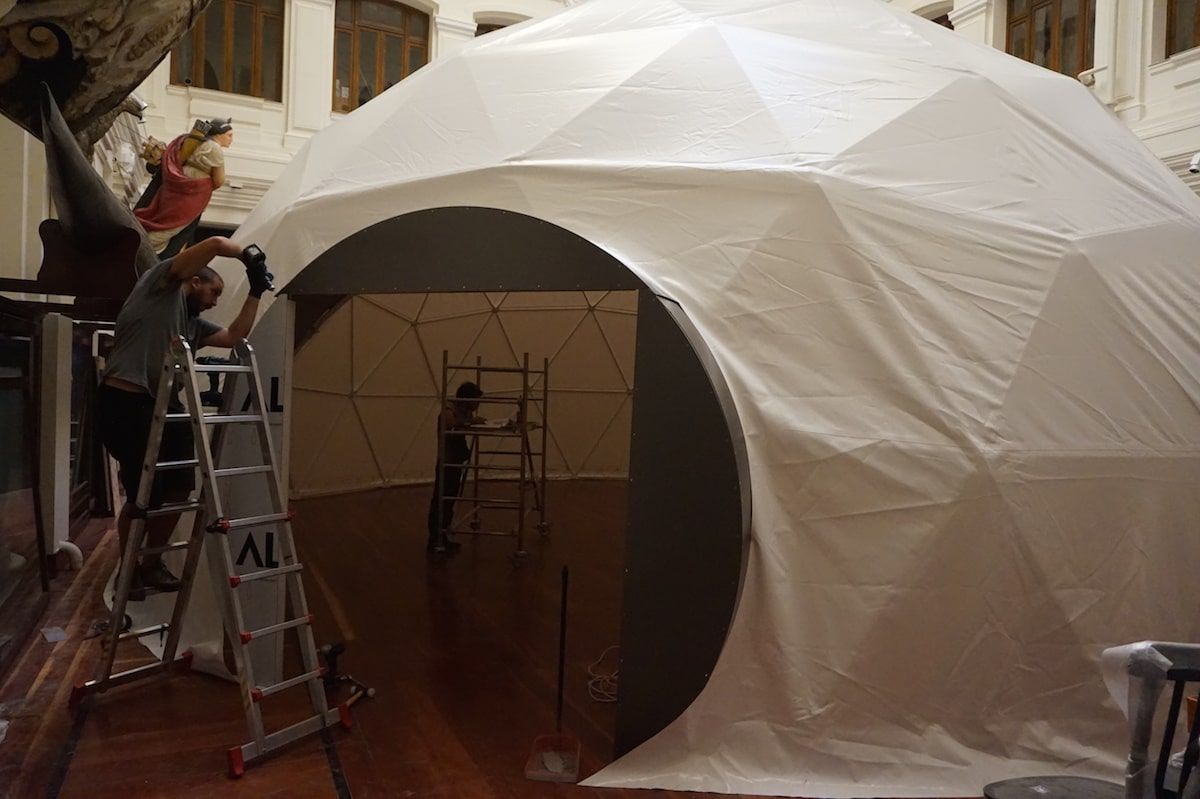 Initially the Exhibition “We were the first ones, Magallanes, Elcano and the round the world tour tour” can be seen from 20 September 2019 to 20 January 2020, although it is likely to take longer. 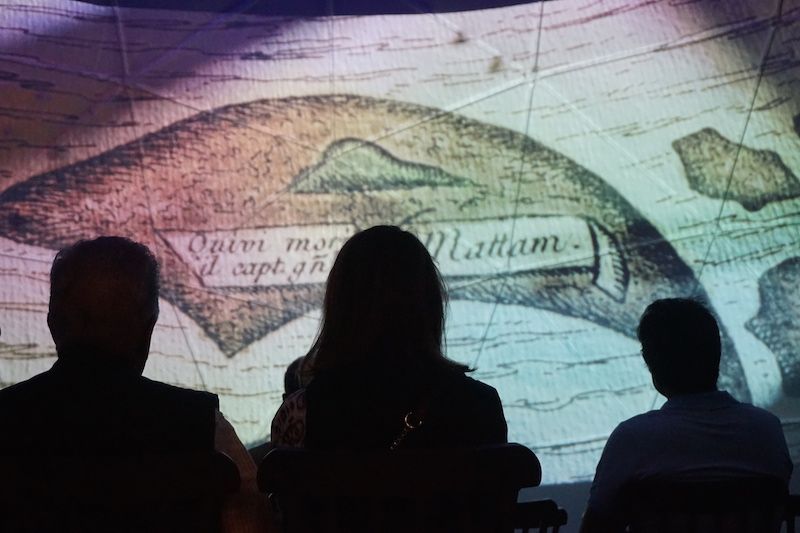 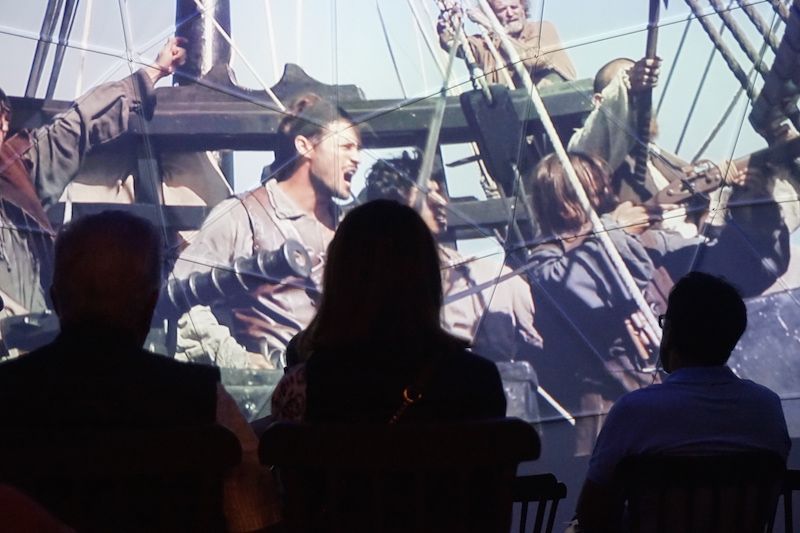 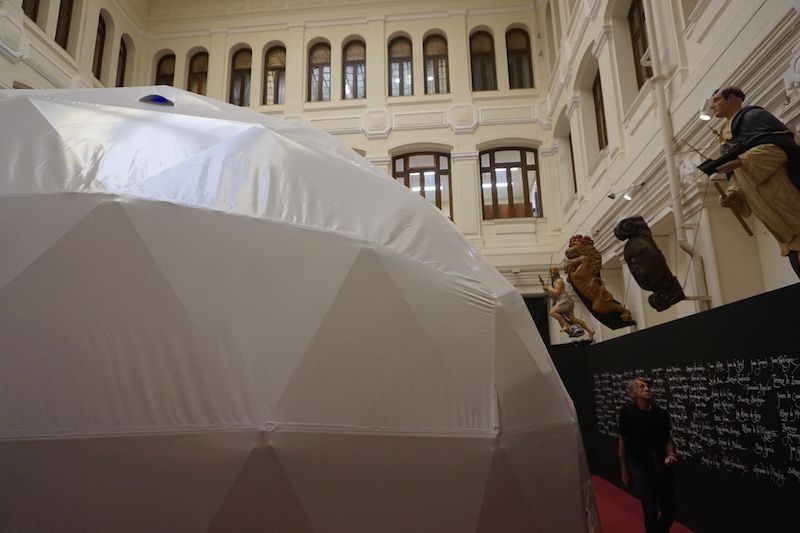 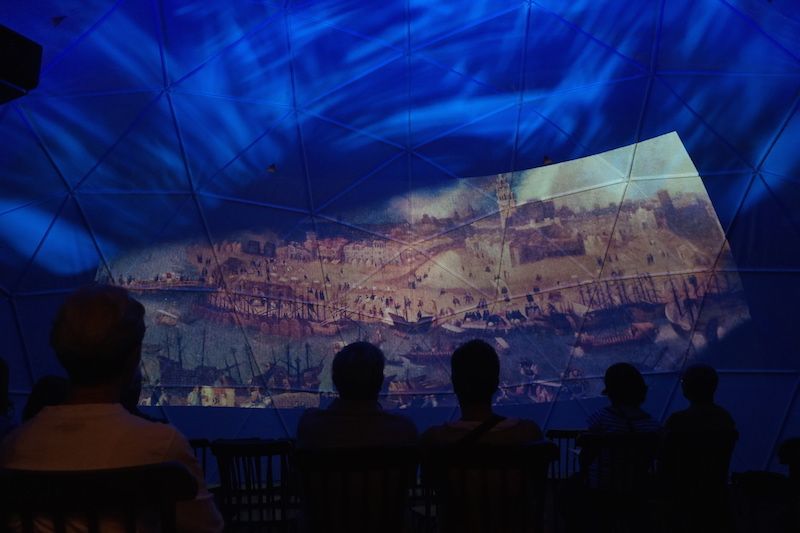 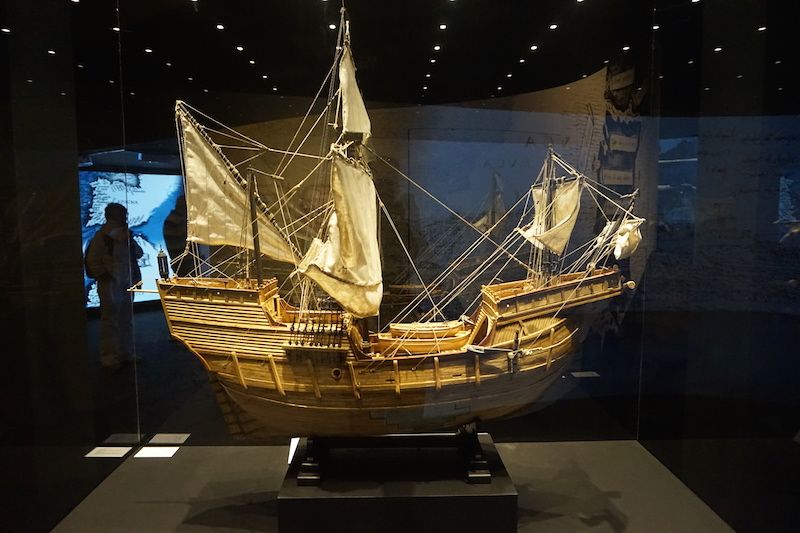 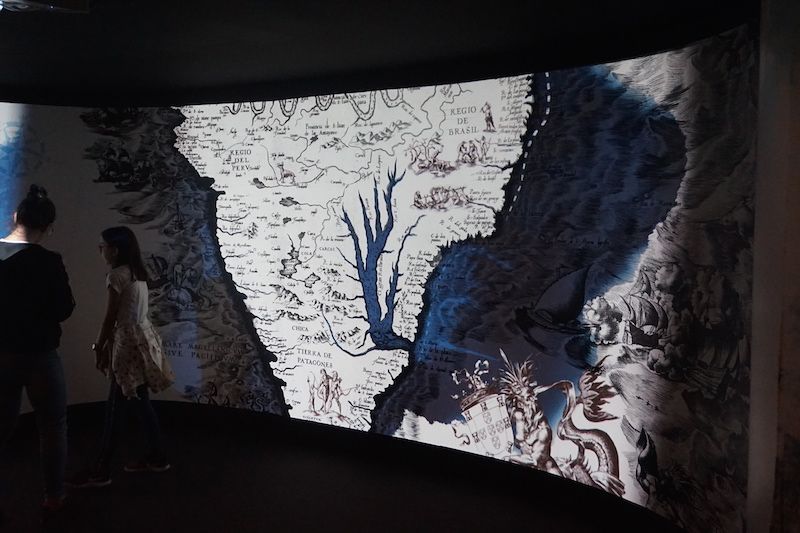 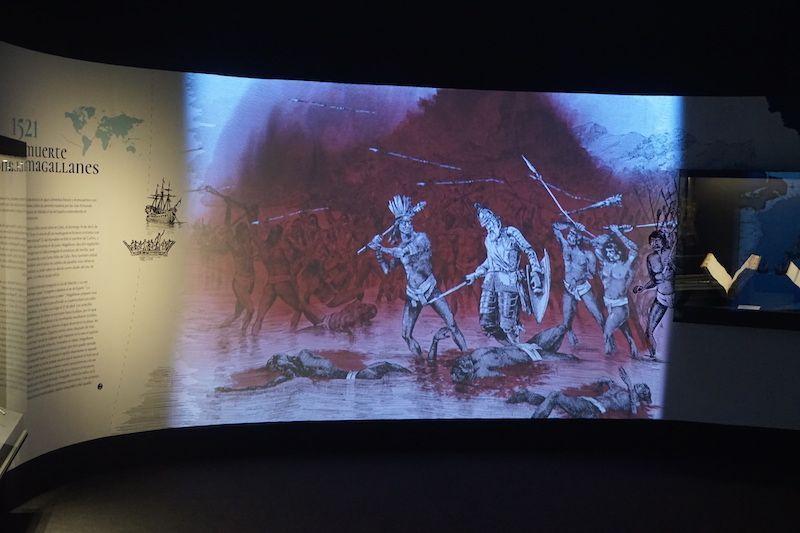 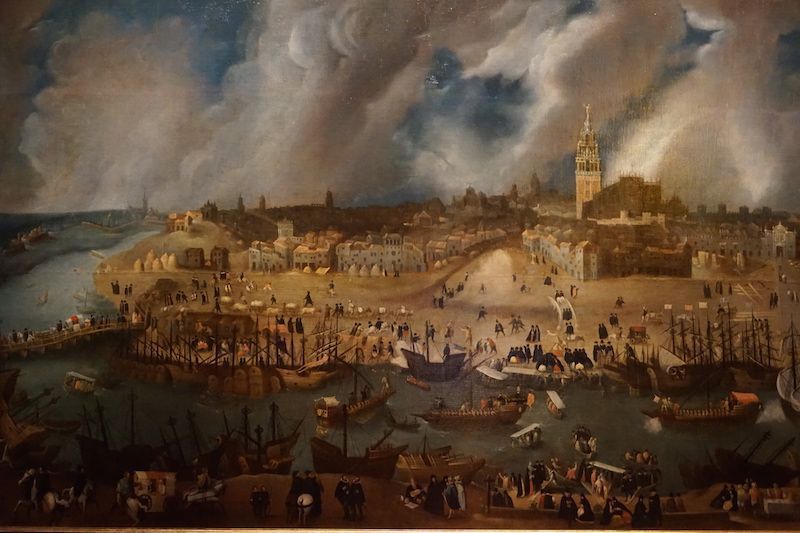 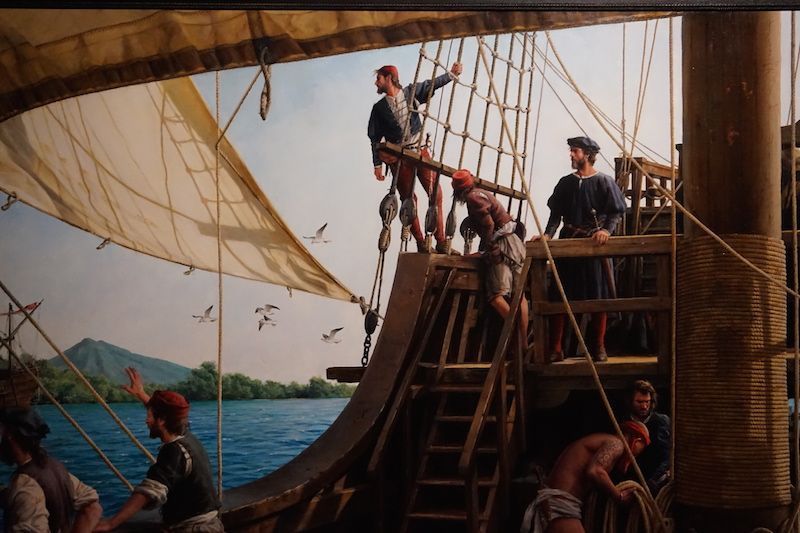