The interior design studio Tavola-Design commissioned us to install our G30 model for the Biotherm product presentation event held in Madrid’s Nave María in March 2019. 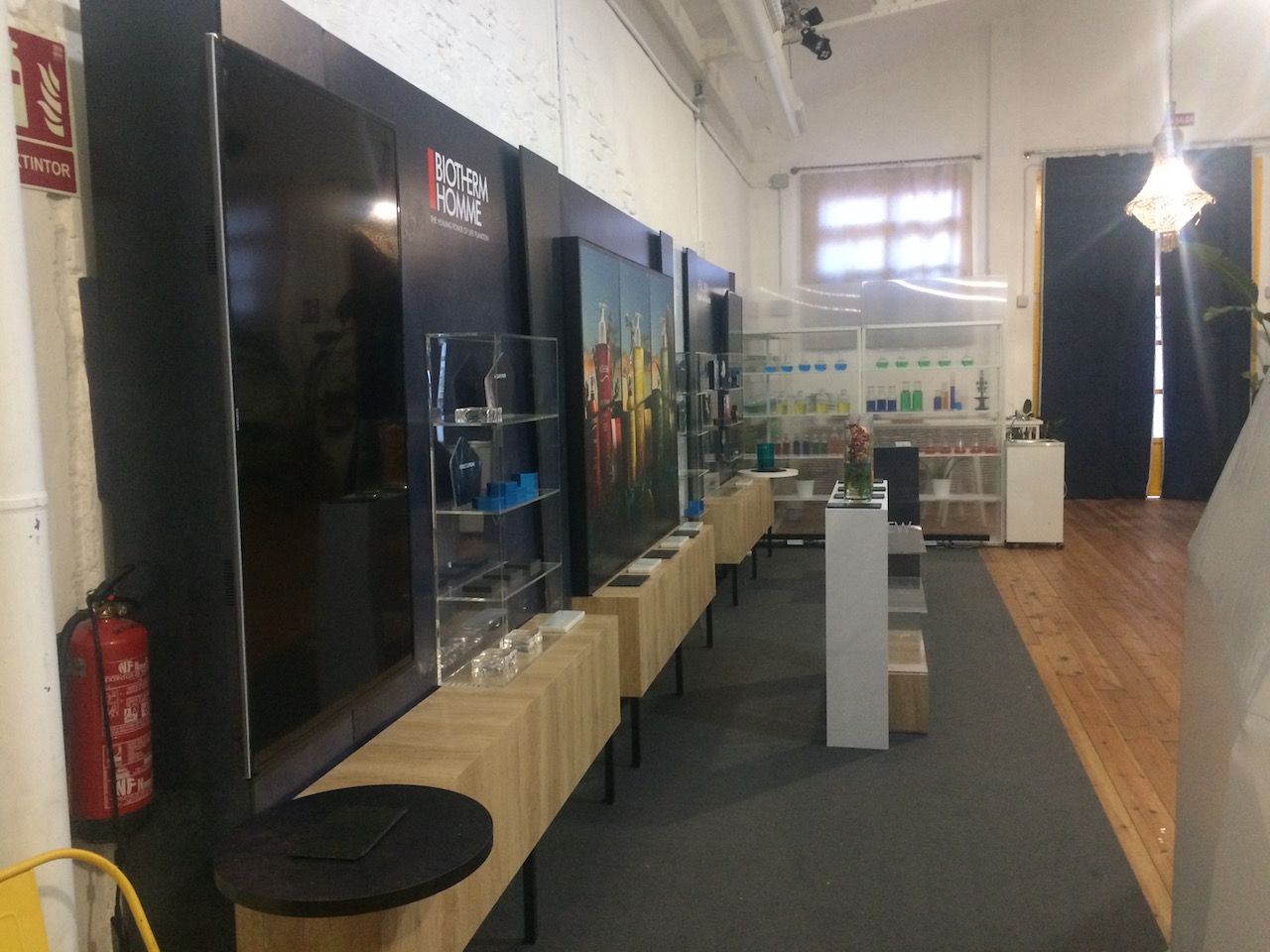 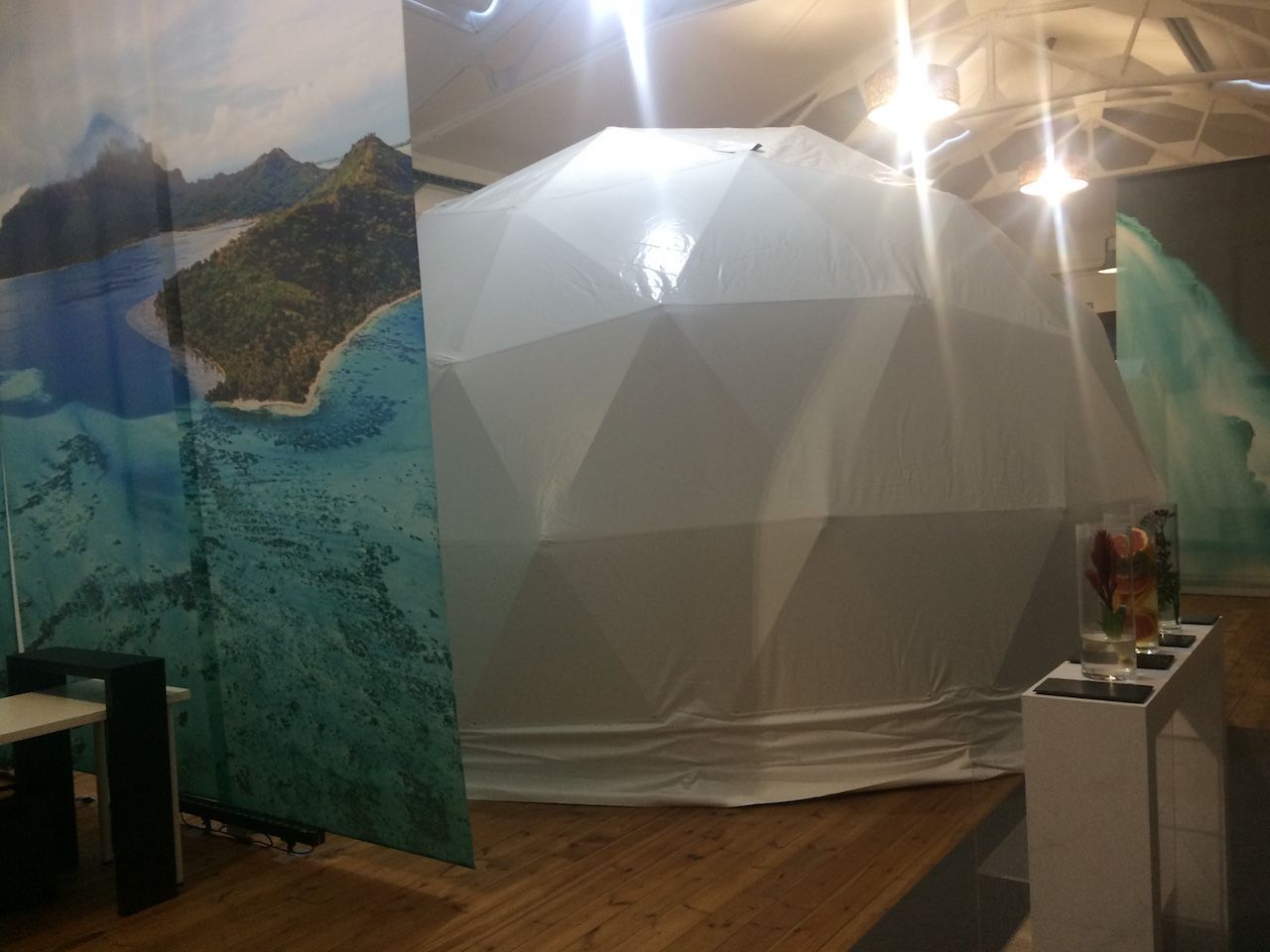 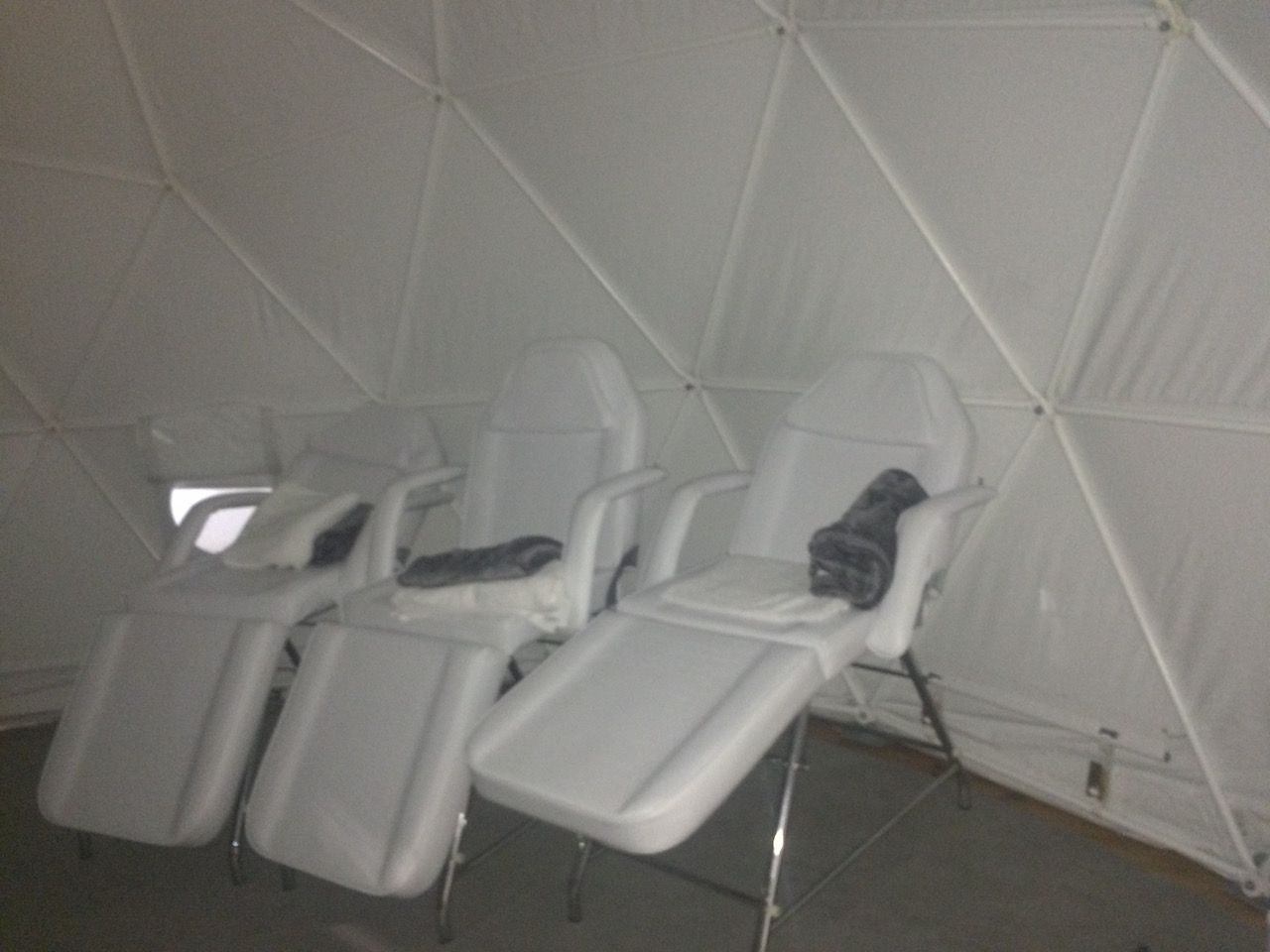 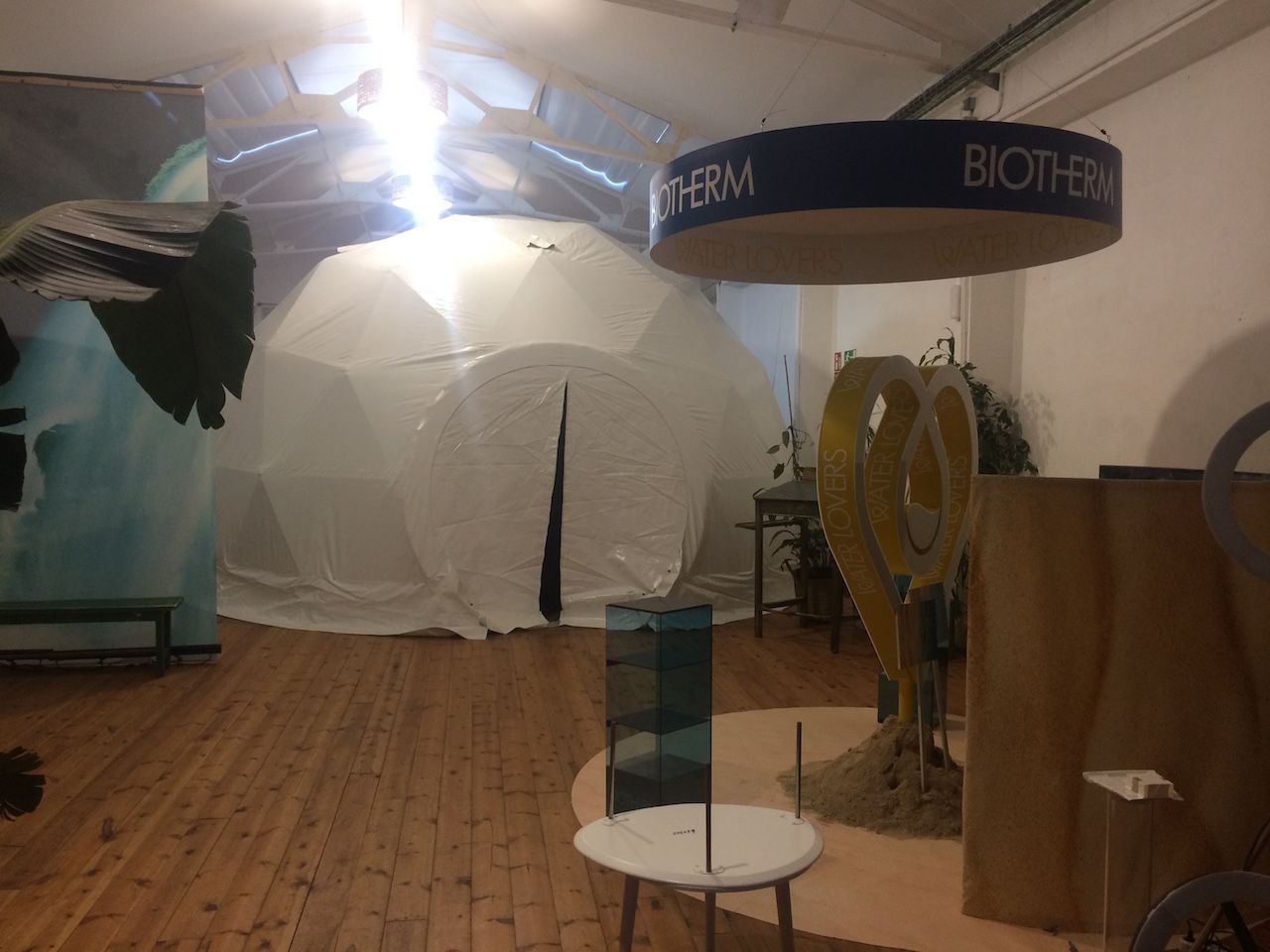 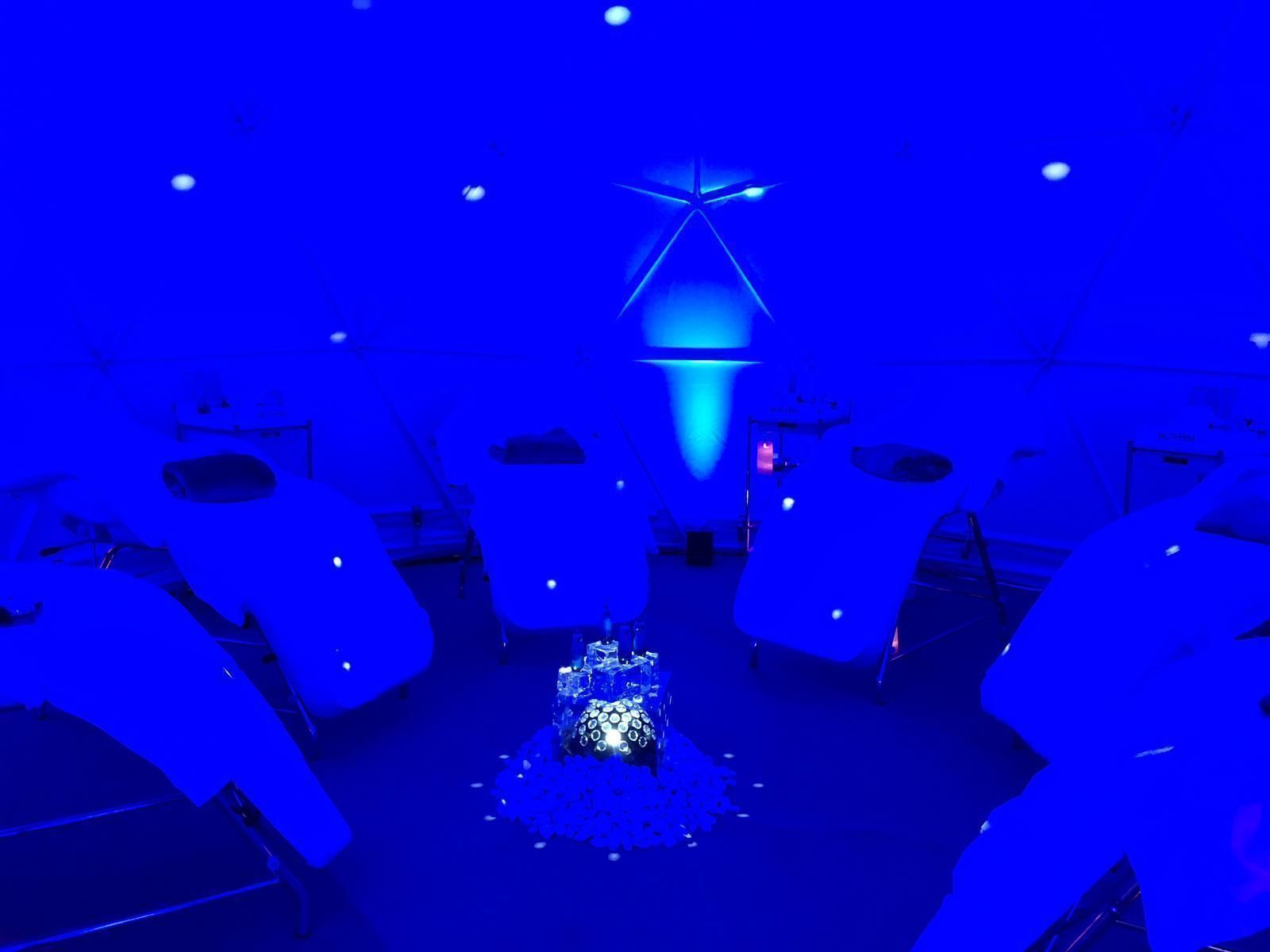 The event was attended by renowned guests and important bloggers from the cosmetics sector.

It was distributed in the two halls of the complex and had our G30 model to entertain guests with massages and tests of Biotherm products.

The Biotherm geodesic dome acted as an improvised massage room with stretchers, aromatic fragrances and a studied lighting ambience to create a relaxed atmosphere. 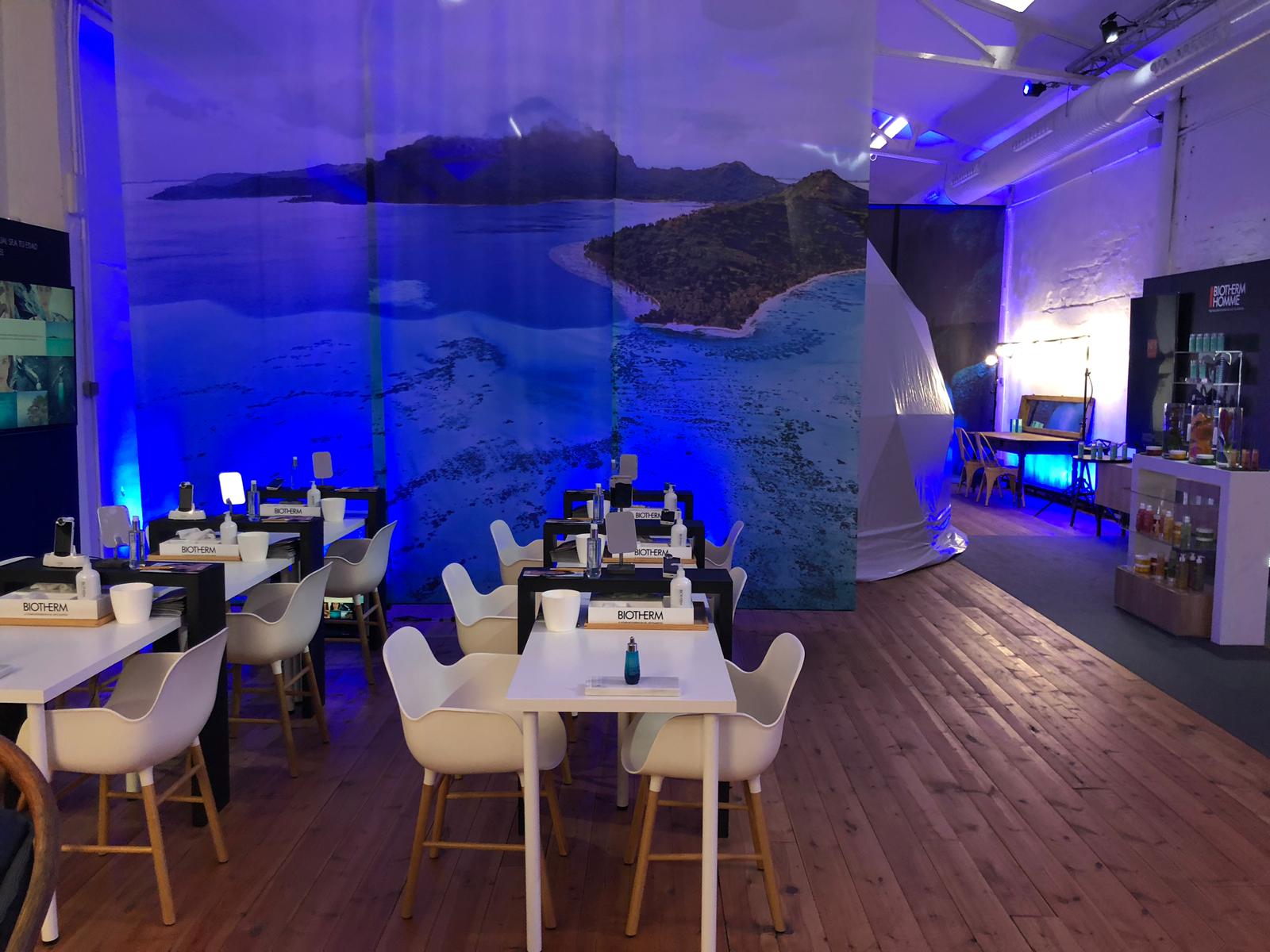 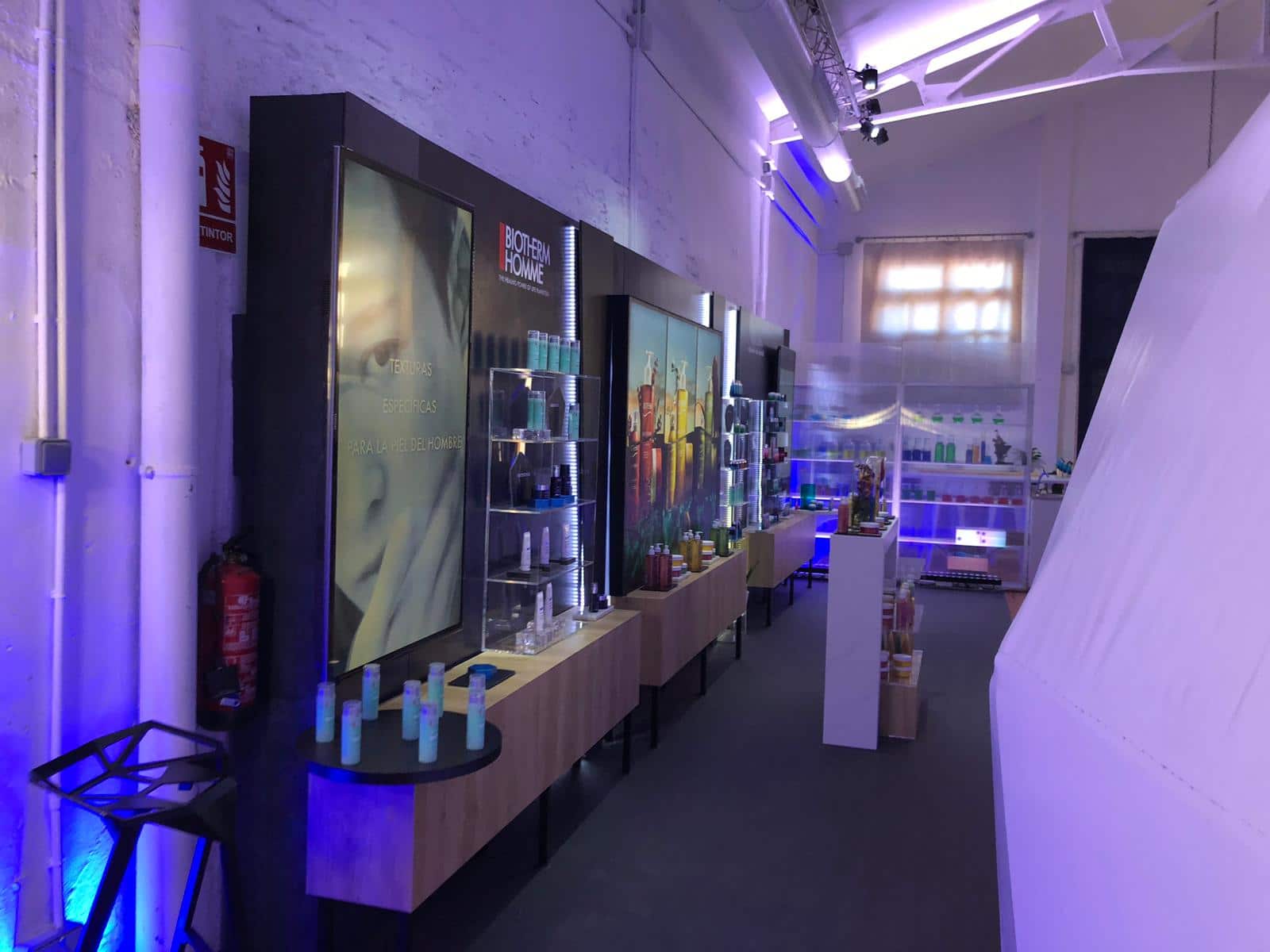 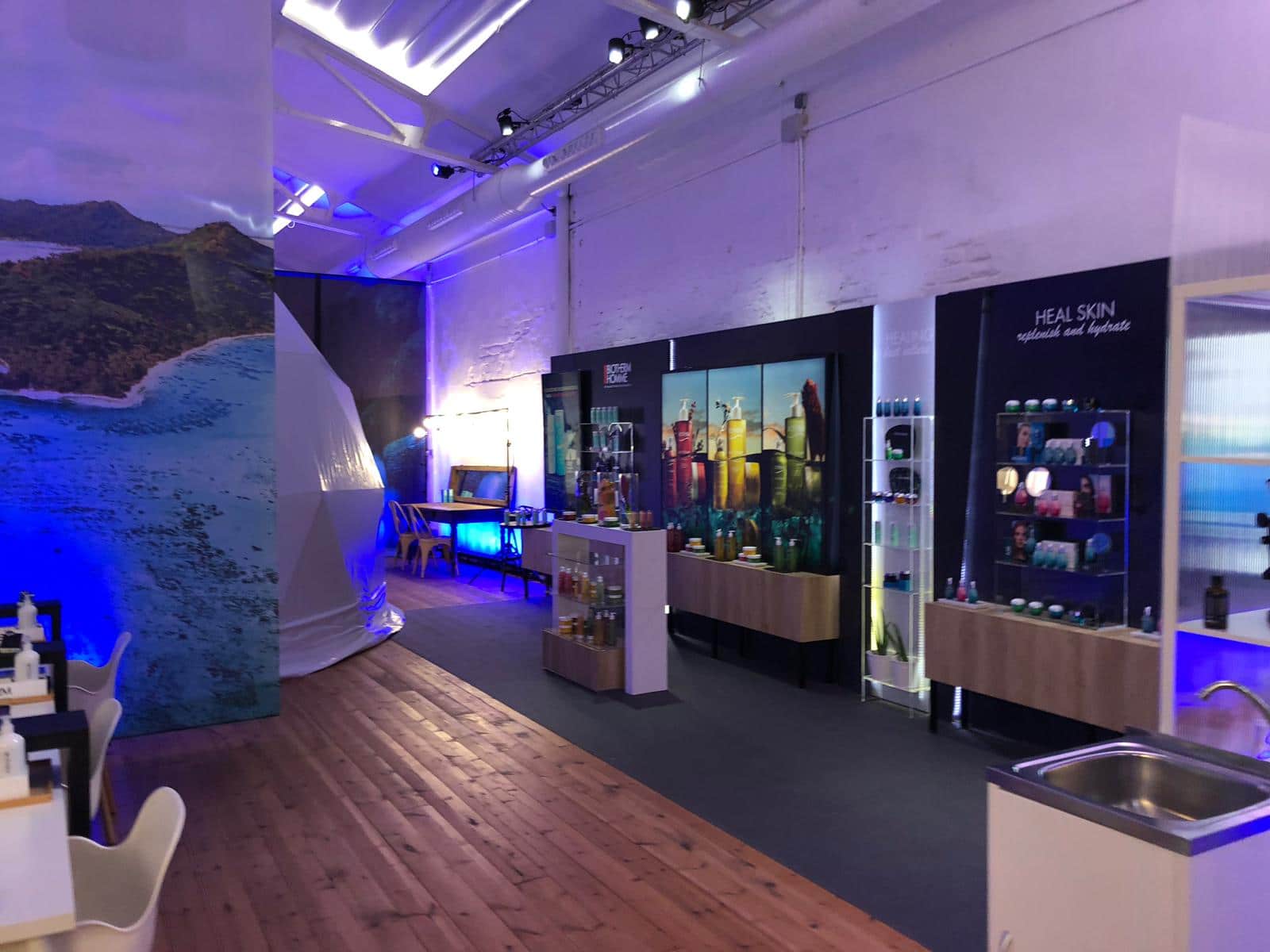 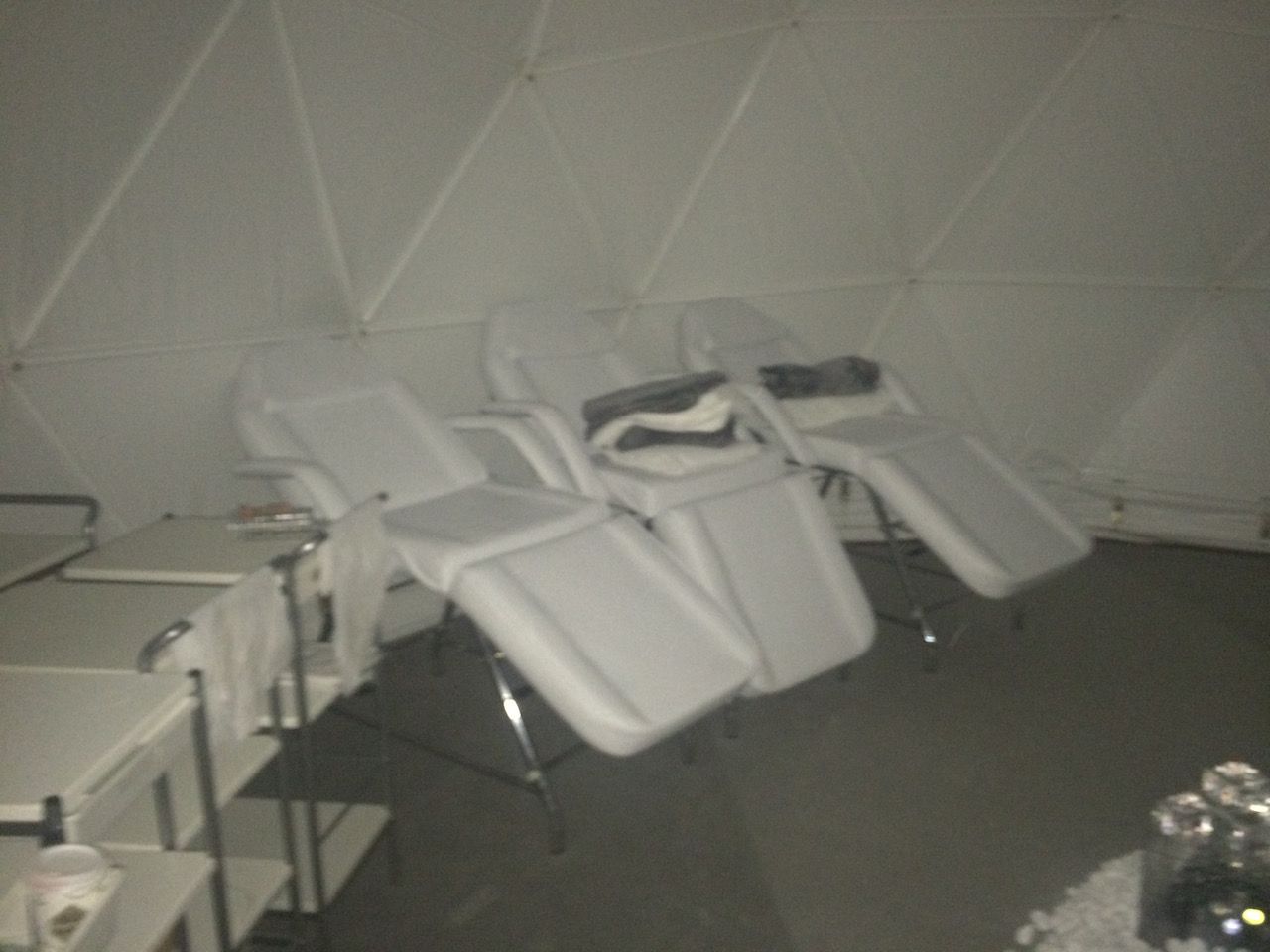 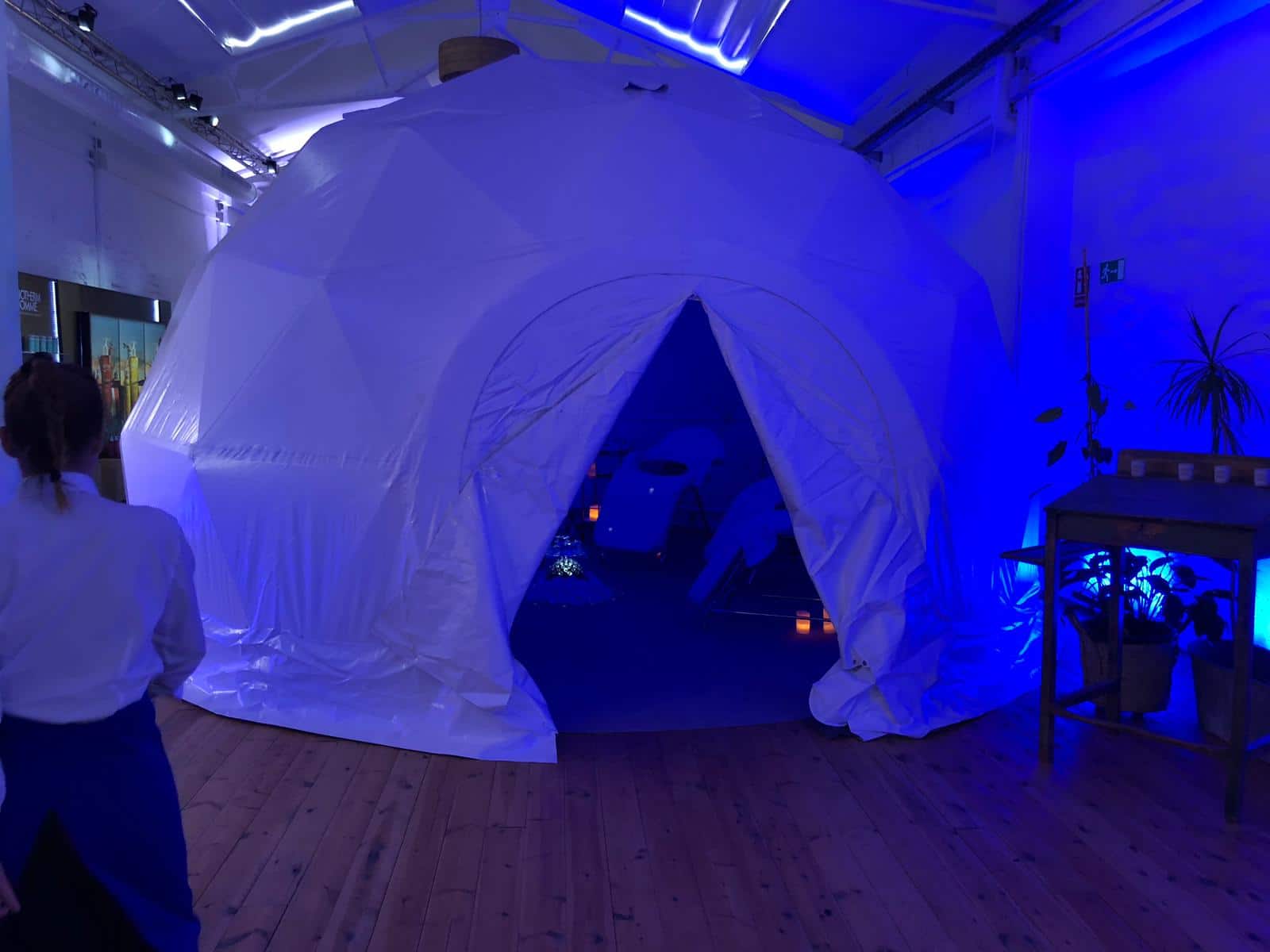 Smaller geodesic dome models are ideal structures for this type of event in which to complement an installation or event.

In the case of the Biotherm geodesic dome, the G30 model amply met the expectations and functionality conceived for the occasion. 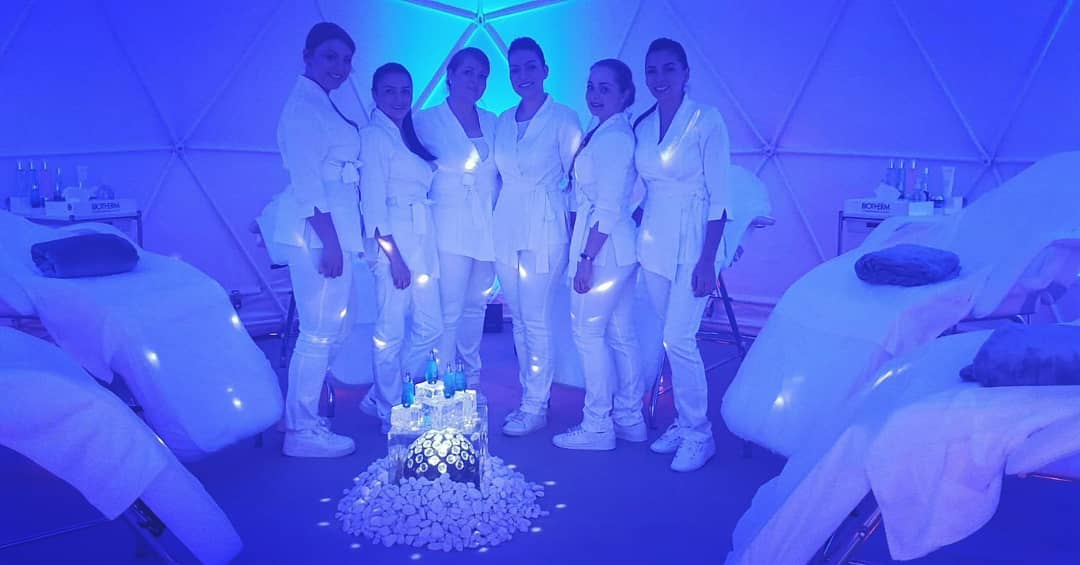 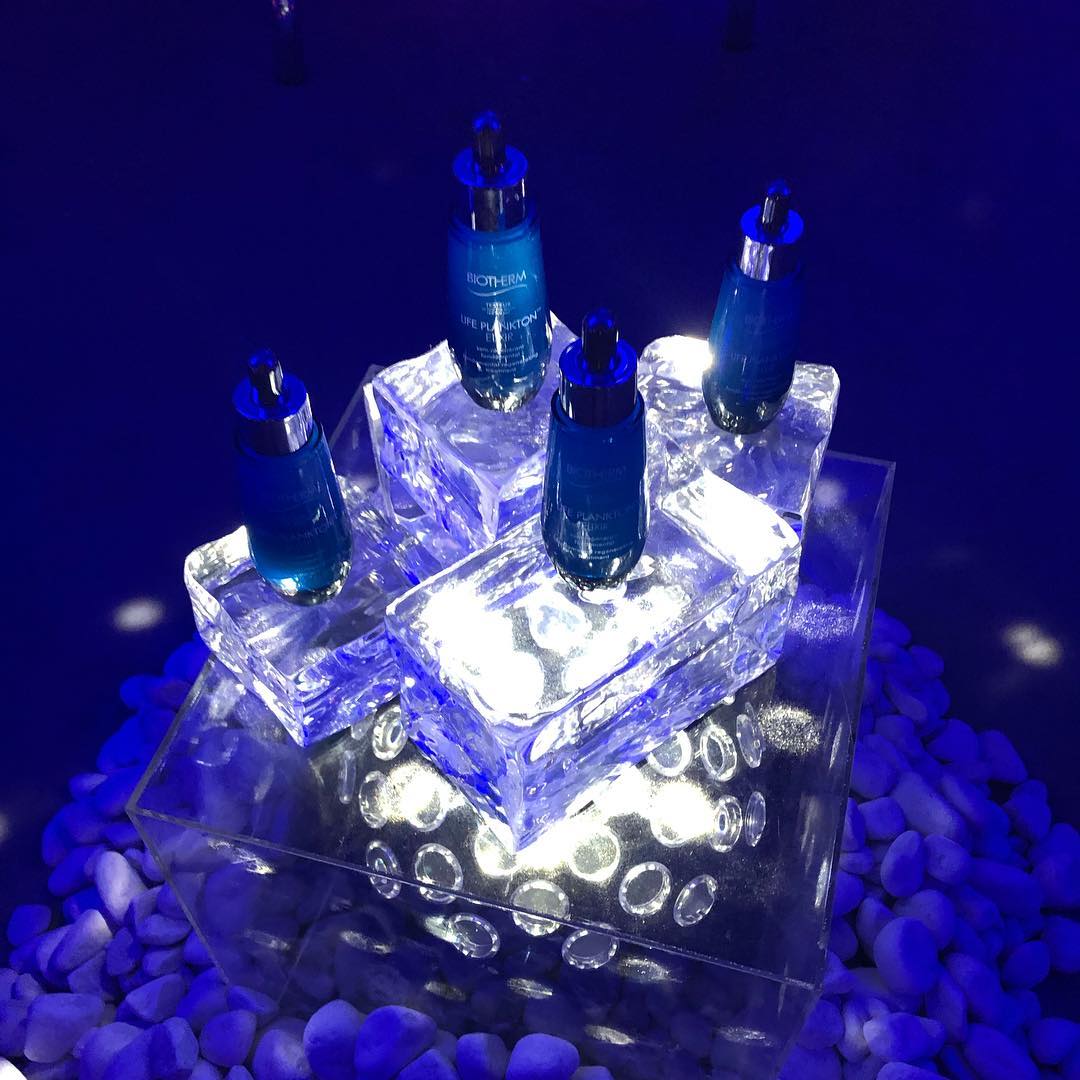 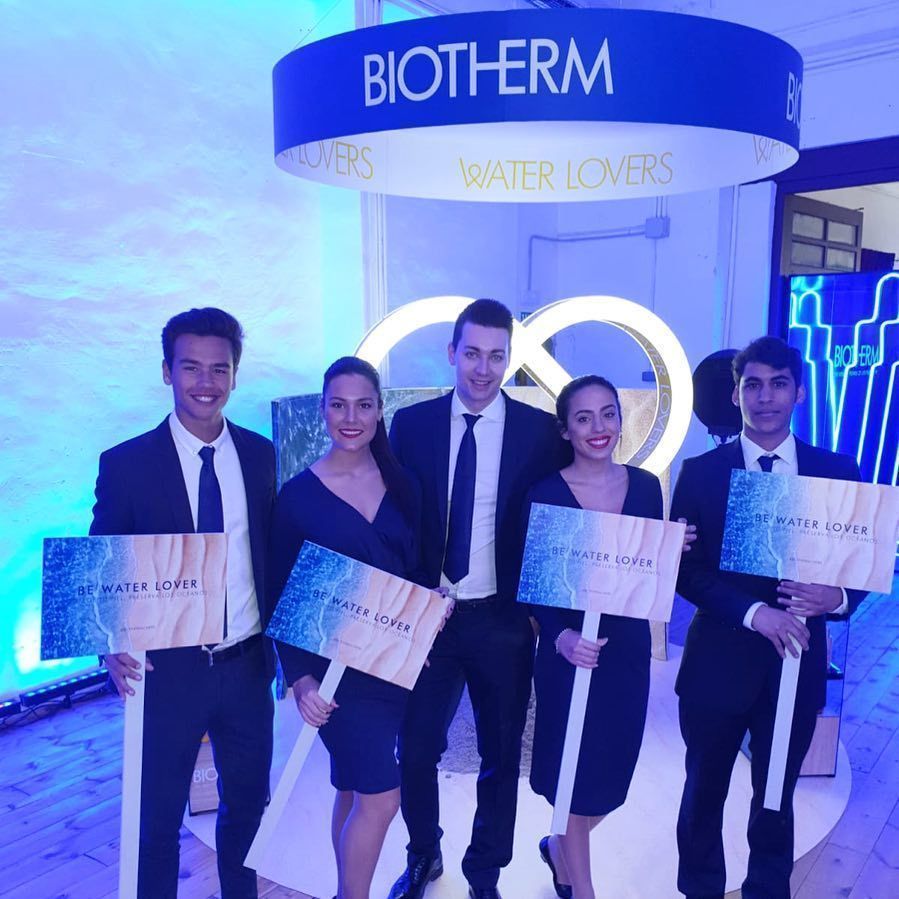 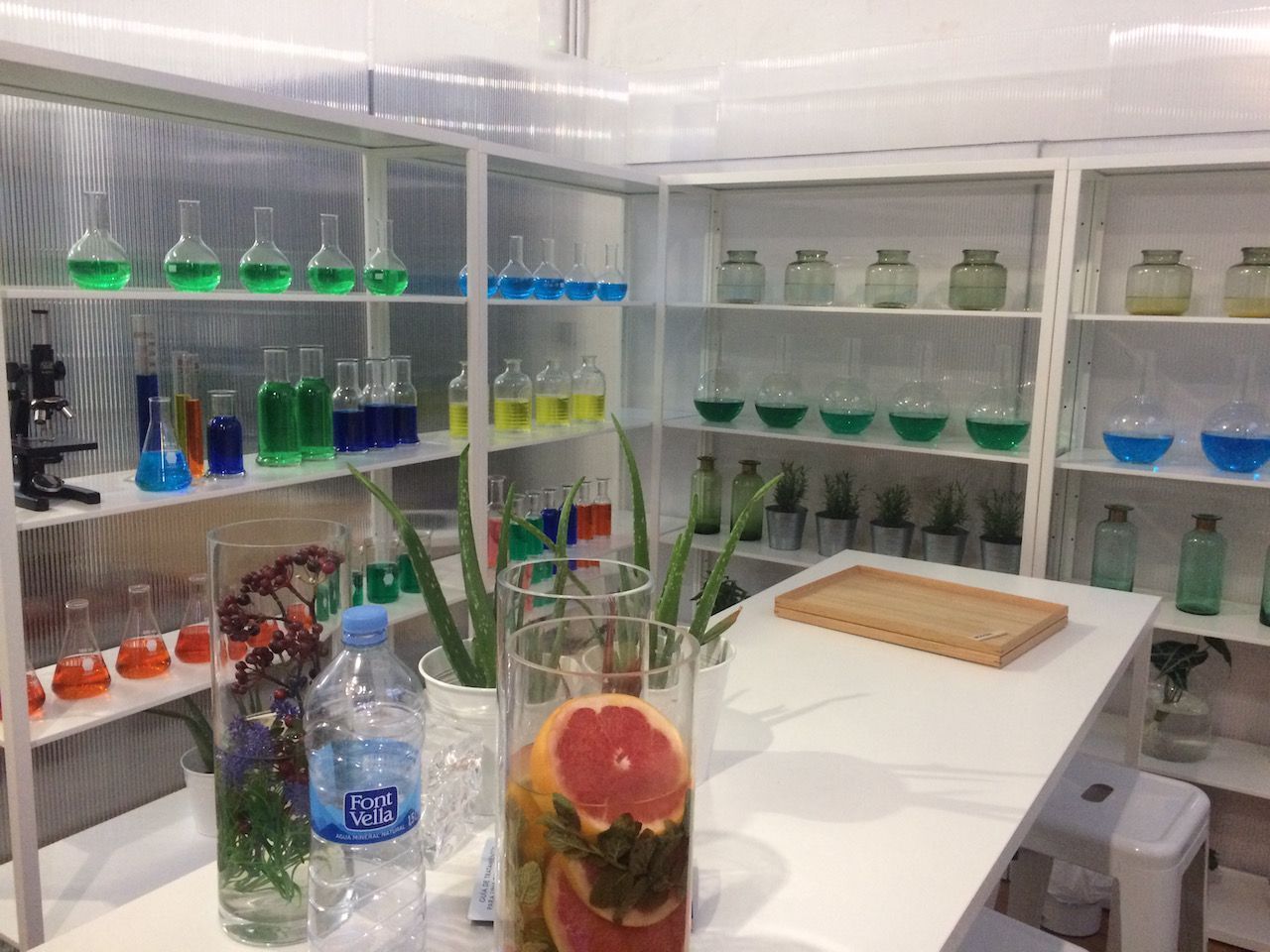 Biotherm is a French luxury skin care company owned by L’Oréal under the Luxury Products division. Biotherm was acquired by L’Oréal in 1970.

The name Biotherm is originated from mineral water. In early 20th century, the French doctor Jos Jullien discovered mineral thermal spring waters under Pyrenees mountain in the southern part of France which contained thermal plankton, supposedly a key to healthy skin and a potent skin rejuvenator.

In 1952, intellectual property rights was acquired and she used it in skin care products. Thus, therm in Biotherm comes from thermal plankton, an ingredient found in all Biotherm products.