Premiere of “Intergalactic” the new tv show of Sky One 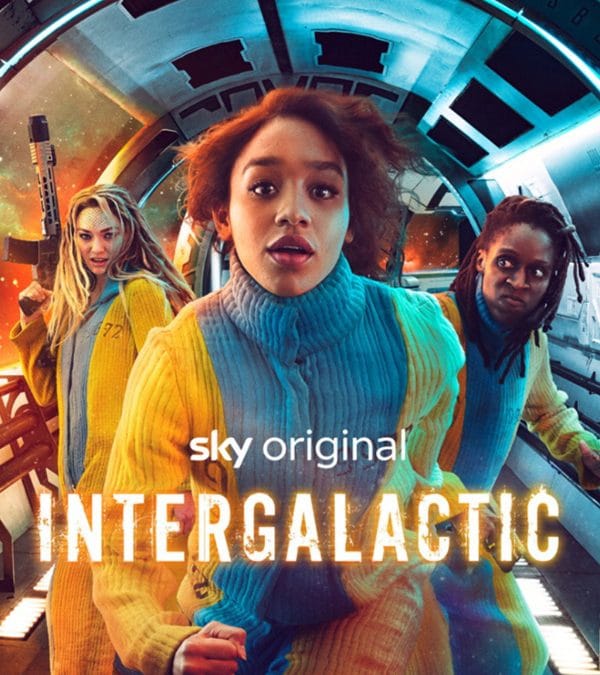 In this first week of May 2021, the first two episodes of Sky One’s new series, Intergalactic, have just been released.

Intergalactic is a futuristic fiction that shows how Earth has undergone a drastic change.

The population is governed by the Commonworld, a single global authority, but an intrepid band of female prisoners hijack a spaceship to escape authoritarianism and find freedom.

Months ago, the production company contacted Geodomes Immersive Experiences to rent three geodesic domes to be used as scenographic props in the filming that would take place in Almería.

In chapter two of this series, we can already see how two of the three geodesic domes appear in the scene.

In this scene, which recreates the planet Pau_Rosa, the two geodesic domes appear without the covers, showing only the structures.

We will be attentive to more scenes to discover the third geodesic dome that is yet to appear.

Sky Group Limited is a British media and telecommunications company owned by Comcast and based in London. It has operations in the UK, Ireland, Germany, Austria, Italy and Switzerland.

Sky is Europe’s largest and leading media company and the largest subscription television company, with 23 million subscribers and 28,123 employees as of 2018.

The series follows a group of fierce female convicts who break free and go on the run.

Year 2143. After Harper (Savannah Steyn), the sky police, is accused of a crime she had nothing to do with, she is placed aboard the prisoner transport ship Hemlock bound for an off-planet prison.

On board, she is caught up in a mutiny by a gang of hardened criminals who threaten to kill her if she doesn’t get them to safety…

Climate change has screwed up the planet and the world’s cities, now mostly underwater, are controlled by a pseudo-democratic government called Commonworld.